Three scenes of winemaking depicted on one register show, from left to right, four men carrying baskets of grapes on their shoulders and transporting them to the vat to be trodden. This is followed by a scene of six men treading the grapes in a vat. They hold on to a horizontal bar above their heads with one hand and with the other grasp each other by the waist, forming two facing groups so as to maintain rhythmic time, provided by two men using small sticks or some sort of castanets. The inscriptions near the two men, who are represented in a circle, read "beating time". The following scene depicts the squeezing of the mash. Four men are engaged in squeezing the mash by wringing a long narrow sack, which is filled with the pulp left after the treading. They are assisted by a fifth central man who tries to separate the two sticks to press the sack and extract more juice. The grape juice runs from the twisted sack into a large vat, which is placed under the press. To the far right of the scene is a man carrying two baskets of grapes and heading toward the sack-press.

Titles: Chief justice and Vizier - Inspector of the priests attached to the pyramid of Teti - Palace steward - Scribe of the divine books - Chief lector priest - Overseer of the king's record-scribes - Overseer of all the works of the king 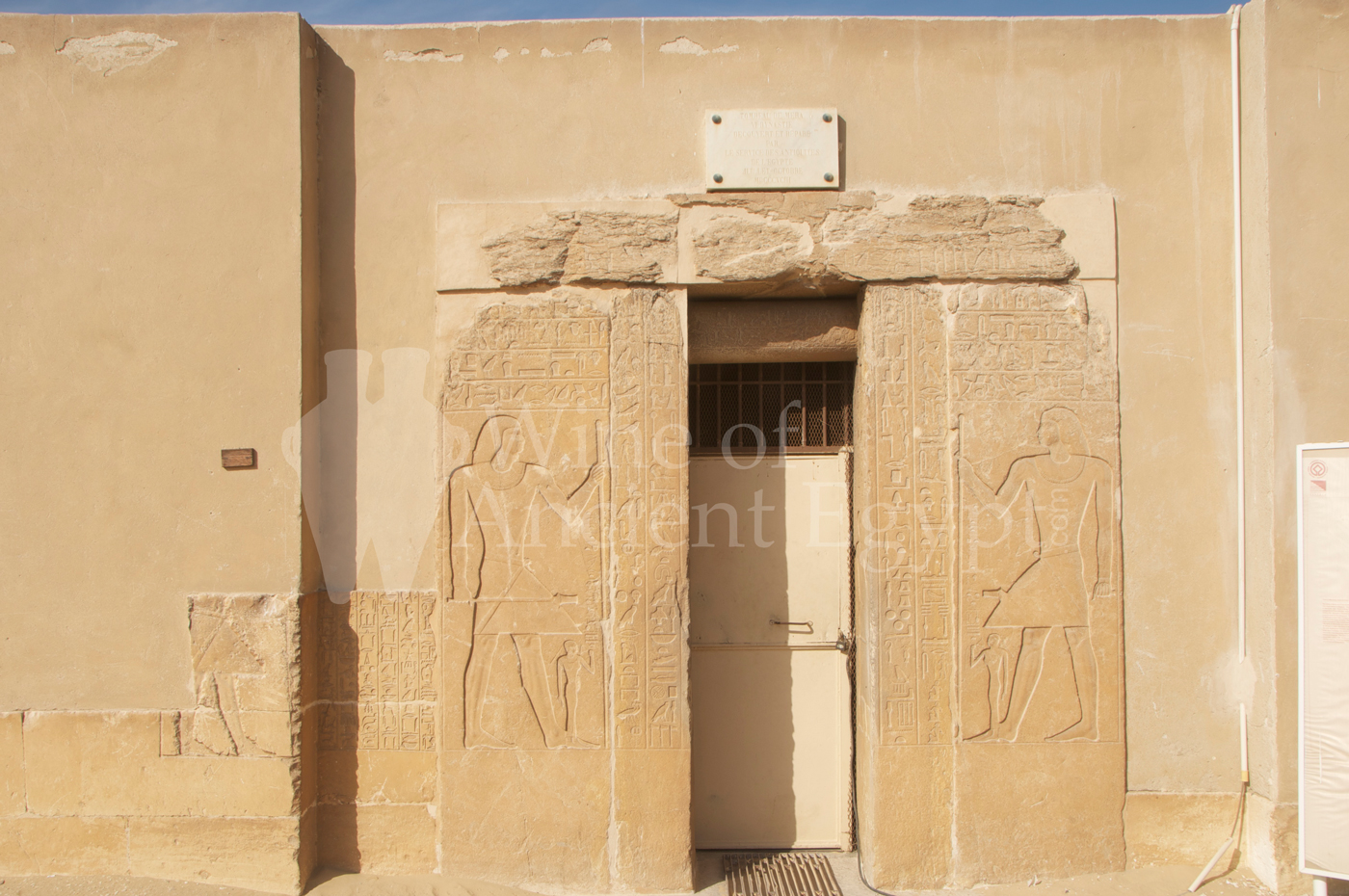 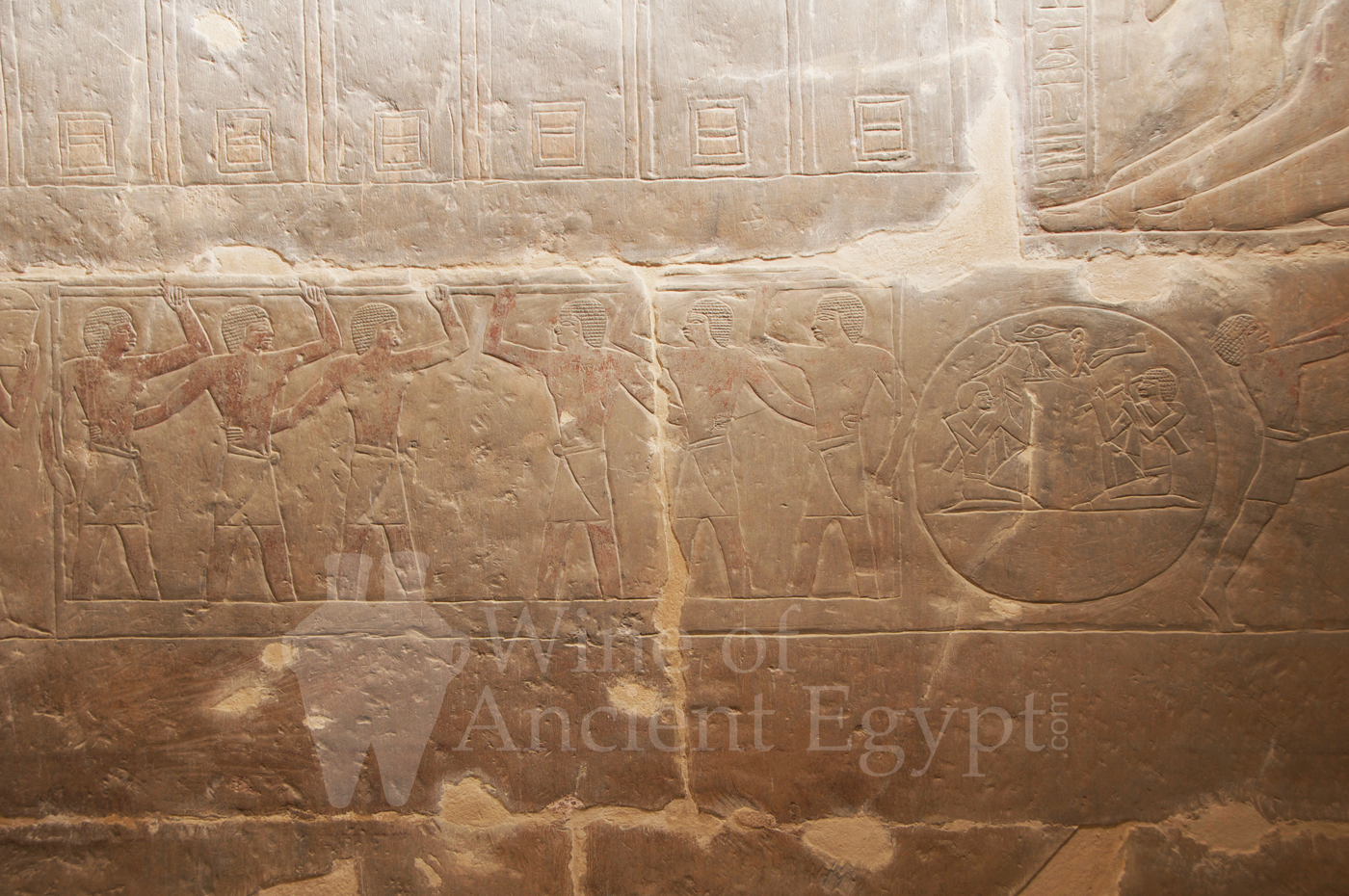 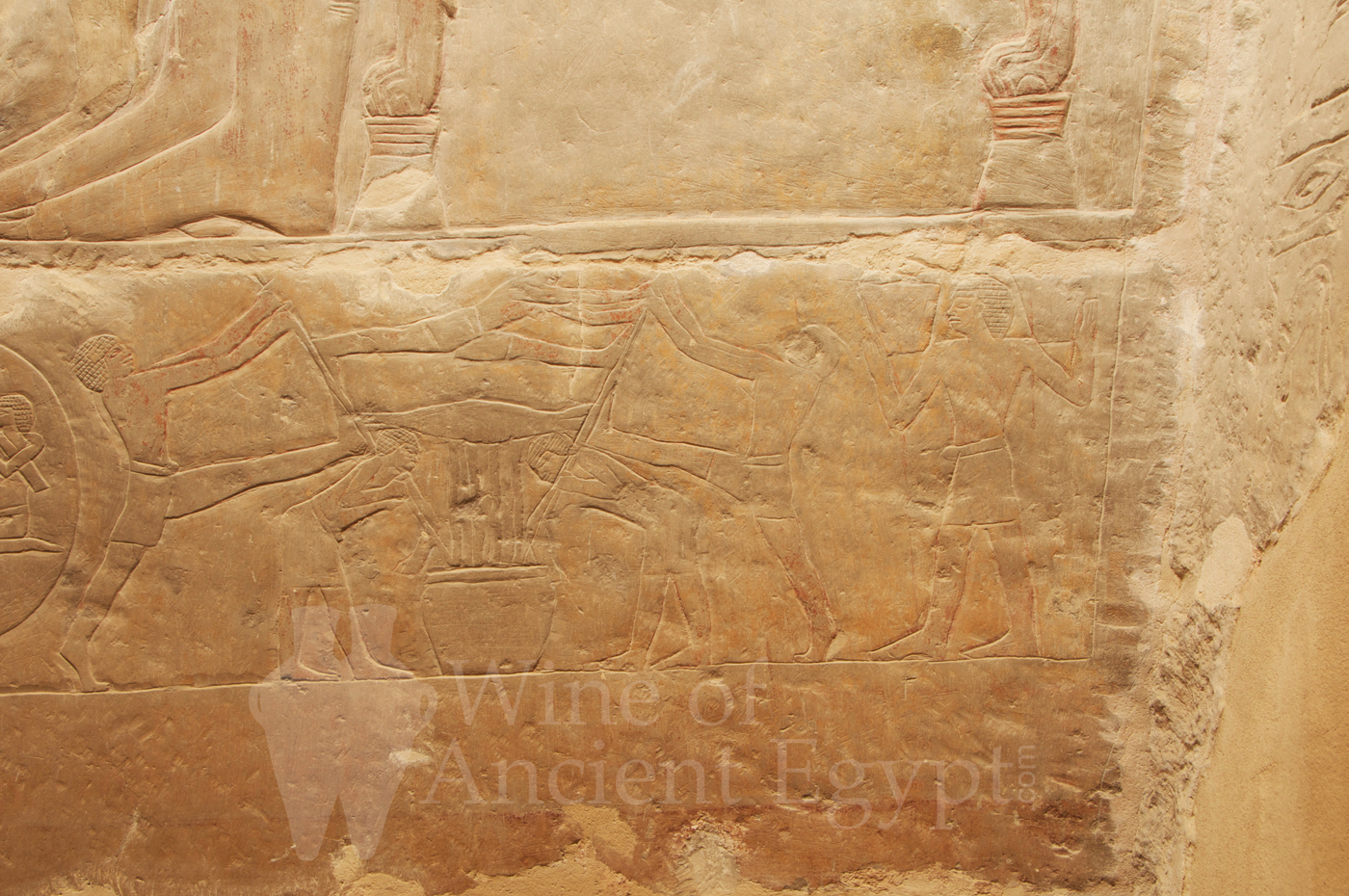